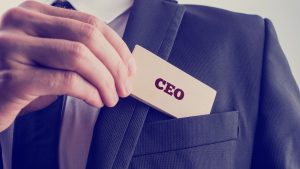 If you discovered your company’s top dog was earning 435 times more than you, you’d probably be barking mad. That scenario is real and happening in Australia. Recent figures from the Australian Bureau of Statistics shows the salary of Domino’s Pizza CEO, Don Meij, was almost 435 times that of the average Australian worker.

In October, nationwide rallies started with the organisers aiming to highlight “exorbitant CEO pay” and company profits compared to the “very low or non-existent” pay rises of many Australians.

“We’re sick to death of CEOs telling low-paid workers they need a pay cut,” the ACTU posted on Twitter. “It’s time to give working people the tools they need to secure fair pay rises.”

Mr Meij isn’t the only one earning big dollars. The country’s top 100 CEOs have received an average annual pay increase of 12.4%.

“Working people have had enough of businesses taking obscene profits and CEOs making exorbitant salaries at the expense of the pay rises and job security we need to get ahead of the cost of living,” ACTU secretary Sally McManus said at the Melbourne rally.

Thousands of workers have attended rallies, with the last one having been held in Canberra on 20 November.

However, the Australian Chamber of Commerce and Industry (ACCI) has said unions are misinforming their members.

According to a report in the Guardian, ACCI’s chief executive James Pearson, said the “ACTU’s campaign is really about putting power into the hands of big unions, disempowering employees, and removing their choices.”

Negotiating wages that are fair and commensurate with workers’ skills and experience can be tricky. The HR Dept can give you accurate and confidential advice about fair wages and pay increases. 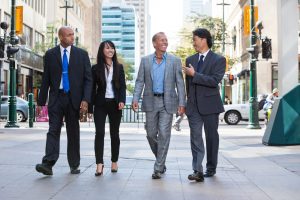 “Work-life balance” has been a buzz phrase for years, but a new report shows the concept is outdated.

Researchers noted that “work” is based on the idea of permanent full-time employment – which is increasingly less common with the rise of part-time, contract and gig work.

She says employers must consider the needs of individual employees if they want a more diverse and inclusive workforce.

Ensuring employees have a happy work-life balance will not only protect your workers’ wellbeing – it’s best for business. Contact the HR Dept for help with getting the balance right.

Employers could soon be obligated to prevent sexual harassment in the workplace.

There is talk that Unions NSW plan to call for legislative changes that would see sexual harassment treated as a health and safety issue because companies are currently not obligated to prevent their workers from being harassed.

“The reality is, sexual harassment has a terrible impact on people’s health,” said Unions NSW Assistant Secretary, Emma Maiden. “We’ve seen it with the #MeToo movement, so there’s no doubt there should be an onus on employers to provide a workplace that is free from sexual harassment.”

However, fewer than 1 in 5 people who were sexually harassed at work in the past 5 years made a complaint. Of those who did, 19% were labelled as troublemakers, 18% were ostracised or victimised by colleagues and 17% resigned.

Unions NSW want to see changes incorporated into industrial law. Then “unions (or groups of workers) could take complaints of sexual harassment, and failures by employers to address the problem, to the Fair Work Commission – an easy-to-access, no-cost jurisdiction.”

It’s in every employer’s interests to have policies that support their employees and maintain a harassment-free workplace.

Sexual harassment is a complex issue and laws are rapidly changing. Contact the HR Dept for up-to-date advice on developing workplace policies that address the issue and how best to handle any concerns.

Social media proving a snare for some businesses 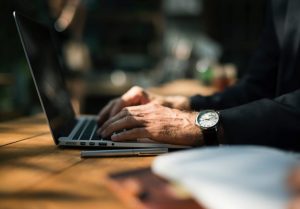 Both cases revolved around claims of unfair dismissal. One involved a supervisor who posted offensive and threatening messages about a subordinate on Facebook, causing her distress and concern for her safety.

The other involved an OHS representative at a mine who posted on Facebook that “work shifts are off” over the Christmas holidays, without being authorised to do so. This led to significant confusion among employees who had volunteered to work during the break.

In both cases, the FWC ruled that dismissal was justified, but they highlight the importance of companies having social media policies that clarify expectations and explain consequences for failing to observe them.

The HR Dept can help you develop a comprehensive social media policy to protect your business and staff. 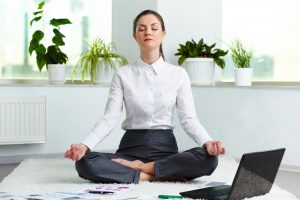 Nap pods, onsite yoga and free cooking classes. It might sound like a health retreat, but it’s actually the perks some companies offer employees.

Google, Netflix, Virgin and others are providing these perks to help secure – and keep – the best talent. It seems to be working!

Businesses offering wellbeing perks and flexibility are topping LinkedIn’s list of companies Australians most want to work for.

Creating a culture where employees can discuss their needs for flexibility, along with prioritising their wellbeing, helps businesses attract great staff and reduce turnover.